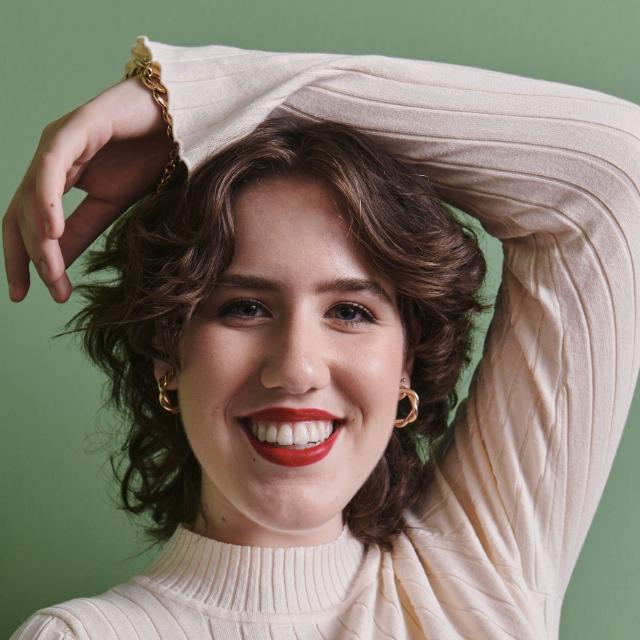 Siena Bordignon is GEM Connect’s Chief Executive Officer. She has a rich background in activism and youth advocacy. This is informed by Siena’s previous studies in International Relations at Macquarie University, Sydney, Australia. In 2021, Siena was selected by Plan International Australia to be a part of their Youth Activist Series. There, she represented the organisation as a youth advocate to various stakeholders including mainstream media corporations, government officials and other non-profit organisations.

Siena became involved with GEM in mid 2021 after participating in the GEMAH-SYD community program. Since then, Siena has contributed to a variety of projects as an artist, producer, curator and project lead. With a Diploma in Interactive Media Siena is invested in shaping an inclusive and playful future for young creatives. Siena’s own creative practice stems from the written word and cinematography. The combination of these practices provides a basis for all of her work, including visual arts and performance.

Siena is passionate about helping young people advocate for themselves and others. She has found that creating space for free expression allows for development of character in herself and others. Siena continues to work towards a world where all young people are free to express themselves. 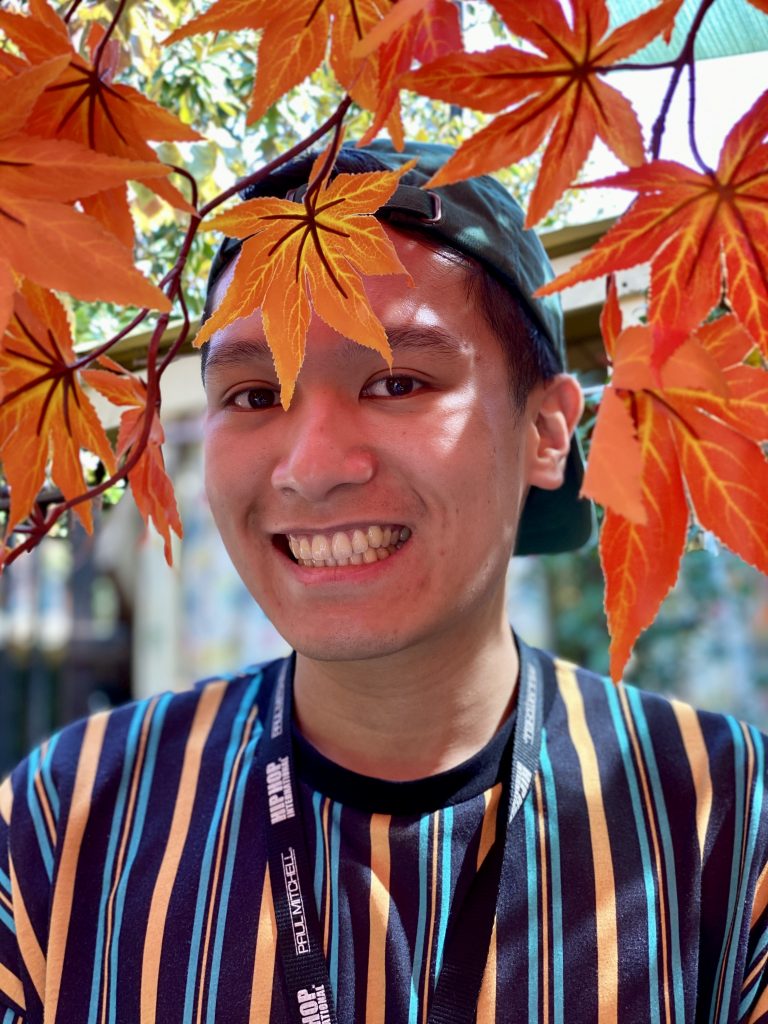 Aristotle is the Creative Lead at GEM Connect. A participant in GEM’s one to one coaching program, his personal experience lends insight into the ways GEM can continue to enrich the lives of young people across the globe. He achieves this by living by example each day.

Hailing from a background in tech, Aristotle was formerly the resident Training Lead at Apple Inc. in Sydney where he curated and delivered learning content to the Sydney team which was instrumental to securing the success of their day to day operations. Holding a degree in Media from Macquarie University, Sydney, Australia – Aristotle specialises in content creation and design which he channels into his work at GEM.

Driven by his compassion for others, Aristotle’s endeavour is to build a world where individuals have creative agency to live a purposeful life. 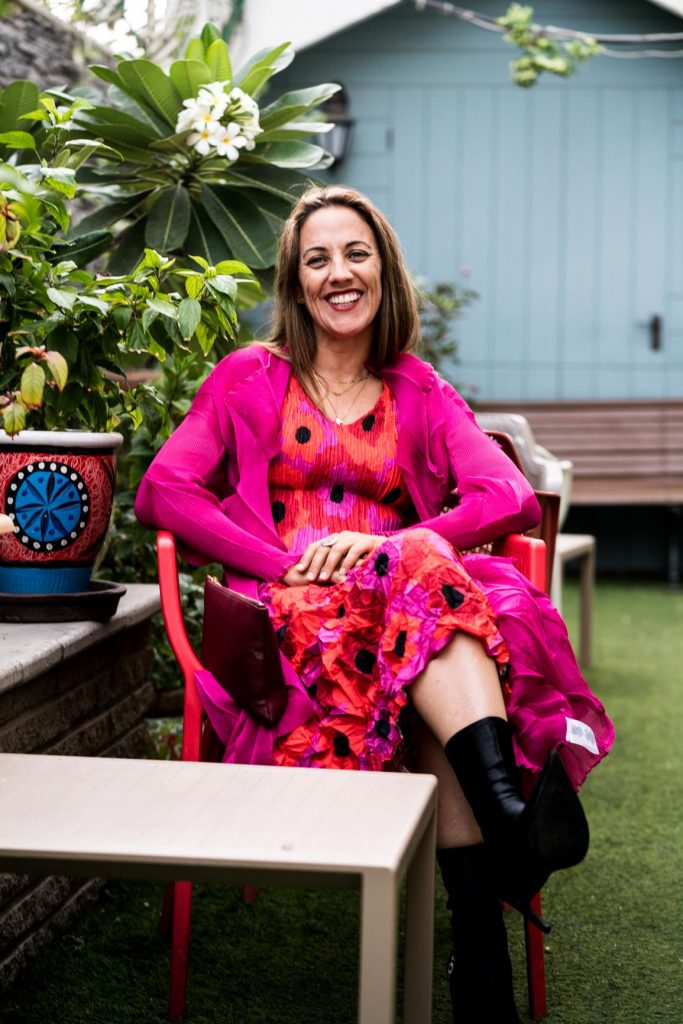 Angé Weinrabe has worked with young adults who were labelled as disenfranchised and “difficult” by the mainstream systems for the past twenty years. Angé found most of these youth to be extremely bright young creatives. Her work has been to provide informed decision-support to these youth, as well as to engage with various institutions, and public and private sectors, to re-connect these young people with others who are like-minded.

Over the years of working with individuals, Angé found that the young person’s inner voice had either been silenced over time, or that it remained unexpressed, leading them to feel frustrated and anxious at critical time points in their lives. Taking this key aspect into account, Angé developed the GEM Model, which ensures that young adults – who are seeking the support – gain it at the right time and feel safe enough to start re-connecting with their local community.

As an outcome of the GEM Model, skills and decision-support services have been provided to young people, enabling a vast number of individuals to flourish in their lives (relationships, employment, and study). In Angé’s experience, creative young people are at times misunderstood – by their parents, their teachers, and also by the society around them. Young people, especially creative young adults today, are more stressed than ever, mainly because they require simple support mechanisms to guide them in their overall decision-making.

This “æffective” meaningful approach fuels Angé’s dedication to assist young people at a vulnerable stage in their lives. Holding an Arts (Adv.) Hons. Degree in Philosophy, The University of Sydney, and a Masters in Philosophy from the Brain and Mind Centre, Sydney Medical School, in 2020 Angé researched and published an hypothesis that dysregulated emotion (mainly anxiety) impairs decision-making in youth. In 2021, Angé with co-author Prof. Ian B. Hickie published a Review on the Impact of Emotional Dysregulation on Adolescent Decision-Making.

Angé is currently enrolled in a PhD, still at the University of Sydney, where she aims to explore the critical role of ‘Culture’ when investigating the two main explanatory models of addiction – the Medical and Social Models. Translating and applying her academic research, as well as applying the empirical outcomes of GEM’s programs and tools (music), Angé’s long term aim is to align GEM with WHO 2030 goals in order to target Non-Communicable Diseases (NCD’s) and its projected thirty-year effect on the health sector and global economy, and with the WHO 2004 (Affective Interventions and Policies) goals, in their call to find innovative ways to address the Prevention of Mental Ill-Health.

Importantly, through GEM, Angé’s vision is to eventually bring free, effective, and accessible decision-support products and services to young people globally, putting them in charge of their lives. 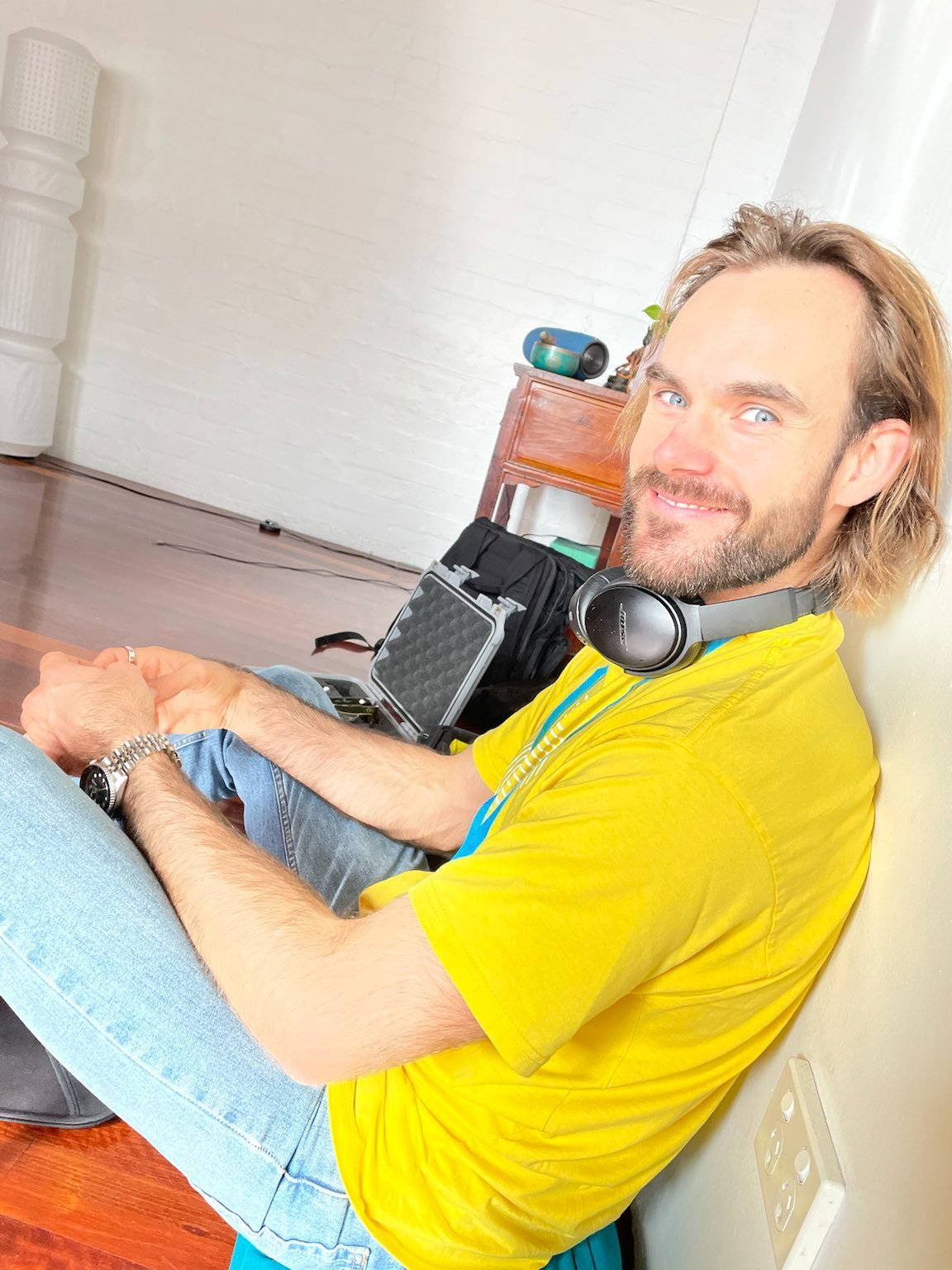 Samuel Werrett holds a BA Commerce, University of Sydney, and is a proven commercial business manager with specialisations in accounting, finance, great coffee, and conversation. After graduating in 2014, Sam saw an opportunity to gain a holistic understanding of business and opened an espresso bar in Chatswood. Starting from just a concept, “The Steam Engine” is a successfully operating business with a mobile business component, and acclaimed Australia’s 15th Top Cafe by beanhunter.com in 2017.

Sam has worked at The Galileo Group in the property development team where he guided projects from inception to completion and learnt valuable skills in research, feasibility and analysis, and project management.

Sam, himself a young creative also directs My Sound Technology Pty Ltd, GEM Connect’s sister company, created to develop affordable and effective music as health intervention. With entrepreneurial and active roles in these companies combined, Sam supports his peers and other youth worldwide. 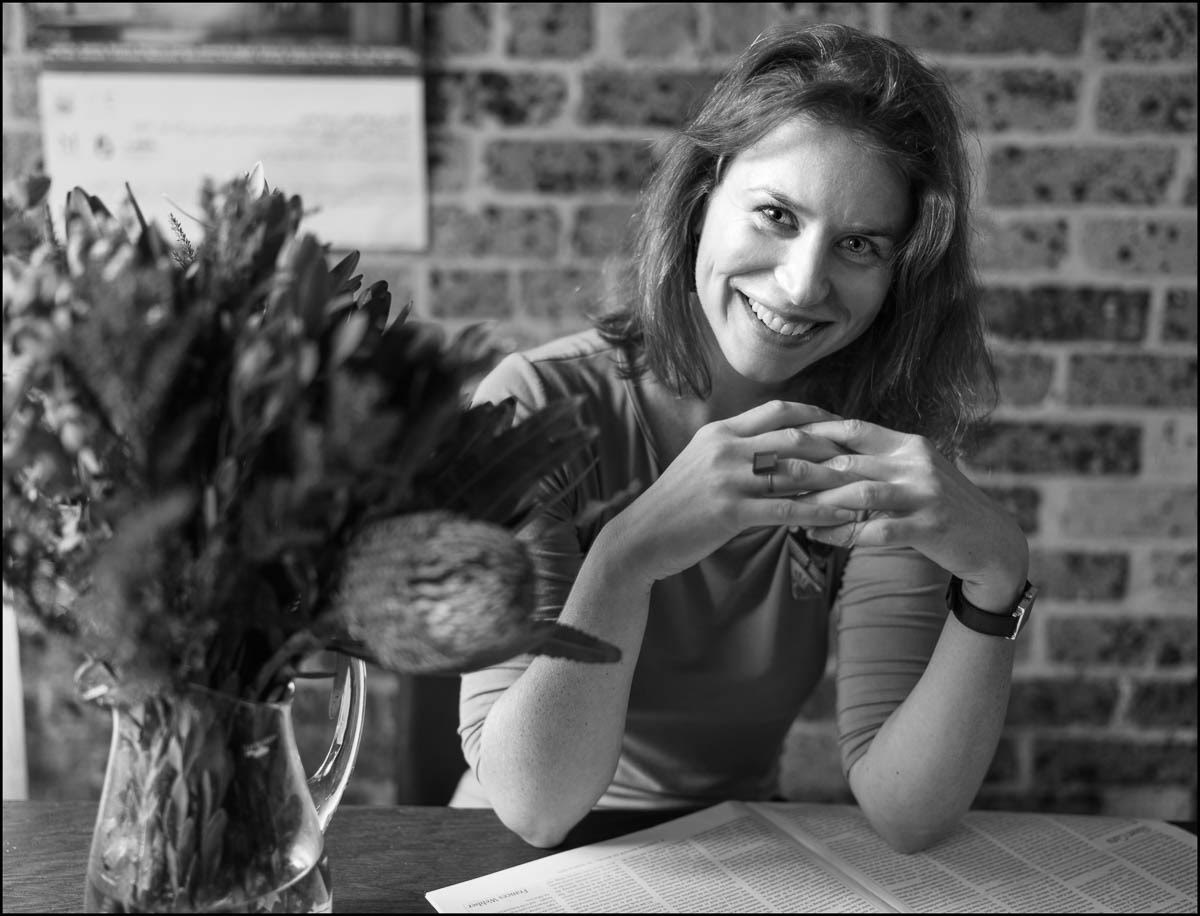 Daniela K. Helbig teaches at the School for History and Philosophy of Science at the University of Sydney, Australia. She holds an MSc in physics from Free University Berlin, and a PhD in History of Science from Harvard University. Much of her research is about technology as a creative act, and its implications for human self-understandings — questions that GEM deals with practically. 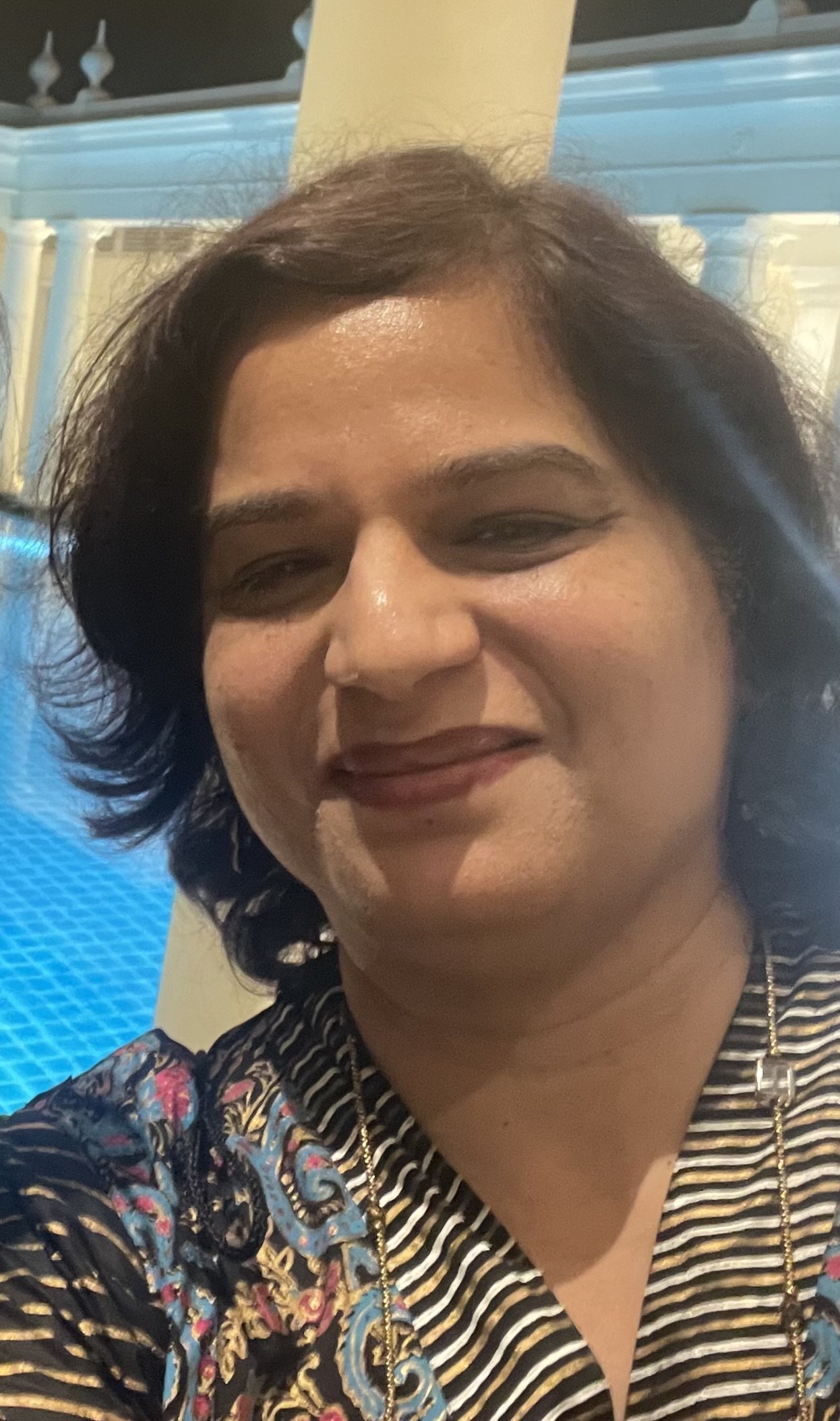 Atteqa is a freelance digital artist, cultural operator, and founder member of the Karachi Biennale Trust. She graduated with an MA in Media Studies from the New School University, New York, in 2002. Atteqa has organised a number of workshops and activities for the Karachi public related to new media since February 2008. She was on the International Review Committee for ISEA (International Summit of Electronic Art) 2010 held in Ruhr, Germany. Her submission to imagining New Eurasia Project was selected and displayed with 88 artists at the Asian Cultural Center in Korea and online until July 2016. As Co-Founder of Karachi Biennale Trust, Atteqa coordinated educational and art collaborations between Karachi institutions and Berlin artist Wolfgang Spahn, architect Stephen Kovats, Manchester Art Gallery, The Tetley, and Canadian media artist Faisal Anwar. During KB19, Global Outreach collaborated with GEM, who provided (GEMAH) an Arts & Health Program, delivered to 40 creative young people in Karachi. 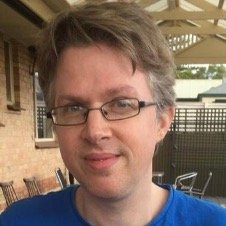 Tom is a philosopher specialising in the philosophy of mind and aesthetics. He is also a musician (piano) and has a master’s degree in music composition. He received his PhD from the University of Nottingham in 2007 for a thesis arguing that musical performances can generate collective emotions. Over the next 10 years he worked at universities in Geneva, Belfast, Sheffield, and York. He began his current post at Flinders University in Adelaide in 2018. Tom is the lead editor of the multi-disciplinary volume The Emotional Power of Music (Oxford University Press, 2013) and the author of The Emotional Mind (Cambridge University Press, 2018) and The Aesthetic Value of the World (Oxford University Press, 2021). 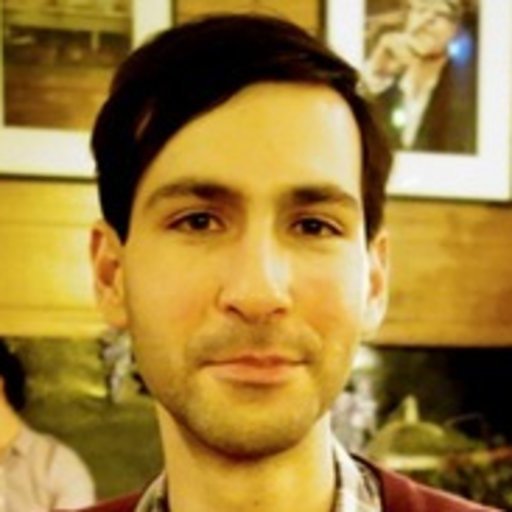 Dr Eran Asoulin (PhD) is a philosopher, writer, musician, and academic. His academic work is in linguistics and cognitive science. His creative work is in literature and music. He has published poetry and fiction and released several music albums. He is currently Visiting Fellow at the School of Humanities and Languages, UNSW, and a full time Hebrew teacher at Moriah College in Sydney, Australia. 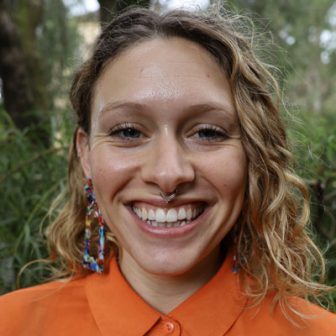 Jacinta is a passionate advocate for Indigenous self-determination, educational empowerment, gender equality and social inclusion. An adept researcher and avid traveller, she is motivated to achieve community-driven solutions and create sustainable change, in local and global contexts.

Jacinta graduated from the University of Technology in 2018 and has recently been selected as Australia’s WISE Emerging Leader by the Qatar Foundation.

GEM Ltd wishes to give special thanks to all those young volunteers and paid contractors in Australia and abroad who have helped build the GEM brand since its start-up, and who have supported their peers in the process.

No spam, only quarterly news updates.

We acknowledge the traditional custodians of the land on which GEM programs and community work take place, and pay our respects to Elders past, present, and emerging.
GEM is committed to providing a safe, culturally appropriate, and inclusive environment for all program participants, regardless of their ethnicity, faith, dis/ability, sexuality, or gender identity.